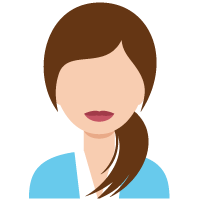 When I became a parent, I knew that I wanted to help my kids be comfortable with the dentist from a very young age. I started them with routine dental visits as babies so that those appointments were just a normal part of the schedule. I found a dentist who would work with me for these appointments, even when all they could do was check my baby's gums. Over the years, I learned lots of other tips for helping kids adapt to dental office visits. I created this site to share my tips to help other parents transition their children into a comfort zone with the dentist.

When your gums are inflamed or irritated, it might bother you, but you probably don't think much of it beyond the health of your mouth. Unfortunately, what's going on with your gums could have an impact across your entire body. Here's what you need to know about this phenomenon, how it could be affecting you, and what you should do about it.

When inflammation occurs in one part of the body, it often isn't limited to there. Neighboring tissues begin to experience inflammation as well, especially because the root cause of the inflammation is bacteria. Inflammation follows wherever those bacteria go, which means that you can end up experiencing inflammation in other tissues, or even in your arteries or heart. There is a link between gum disease and heart disease, after all.

Bacteria can cause inflammation, but they can also cause other problems as well. Namely, cell death and damage.

When bacteria attack your gums, they're literally destroying healthy cells. However, bacteria doesn't stay in the mouth. If it can make it to the bloodstream, perhaps through one of your gums that's bleeding, they can travel anywhere in the body. Of course, that means they can also attack healthy tissues anywhere they go. It might surprise you, but there's a number of problems connected to gum disease throughout the body that are likely caused by traveling bacteria. Gum disease and kidney disease, for example, have also been linked together. It's entirely possible that scientists and doctors don't yet know the full scope of damage that the oral health bacteria can do, so there may be other areas that could be severely impacted, too.

If you ever experience the symptoms of gum disease - namely bleeding, inflammation, pain, and discoloration - then you need to get help from a dentist right away. Gum disease tends to get worse rather than getting better if you don't  receive help promptly. As a result, gingivitis can quickly become periodontitis, which is a big problem, as periodontitis can only be treated by a professional.

If you want the absolute best in gum care, visit a periodontist. They specialize in treating the gums and are there to help with problems like yours. Don't let the poor health of your gums impact the rest of your body too.